THE READING OF THE RUNES 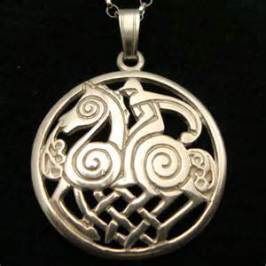 SLEIPNIR -THE EIGHT-LEGGED HORSE OF OTHIN

The runes belong to the ancient world of Icelandic Sagas and Vikings. The word `rune` means a mystery but is used of the letters of the old Norse alphabet. They were also held to have magical and divinatory powers. Strange indeed when they and their images enter the world of modern Spain and very modern murders. in

THE READING OF THE RUNES​

The Creatures of Monster Winter 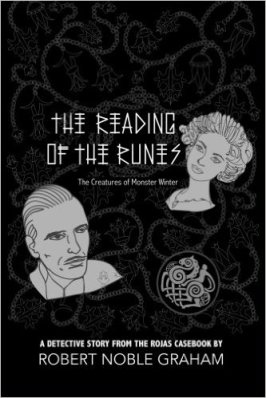 The Reading of the Runes

A silver figure of an eight-legged horse is found at one murder scene. A silver figure of a giant coiled serpent is found at another hundreds of miles away.  How do they connect to the photograph of a Volvo car that has never left the dealer`s showroom? And why is there a rapt audience in the business management department of Barcelona University to hear a distinguished Physics professor lecture on the ancient art of reading the runes?

The legendary Chief Inspector Miguel Rojas of the Spanish National Guard might have dismissed as a hoax a strange pantomime on Montjüic Hill in Barcelona resulting in a murder accusation against a local businessman. After all, there was no body and no report of a missing person. On the contrary, Rojas takes it very seriously to the bewilderment of his sergeant.

It all becomes even more serious when Rojas is summoned to the sunny resort of Altea to investigate another murder with another silver artefact. He soon realises that the origin of these murders is very ancient and very chilling. It is buried as deep as the rare earth minerals discovered by a team of American scientists in Spain. The events are strangely connected and a reading of the ancient runes reveals the truth. How many others would have understood as the Chief Inspector does that he is dealing with the creatures of the monster winter, foretold a thousand years before.​

THE READING OF THE RUNES  is now available from Amazon and other online retailers either as an e-book or as a print book.  ​