GREECE:THE ROMANCE OF THE RUINS 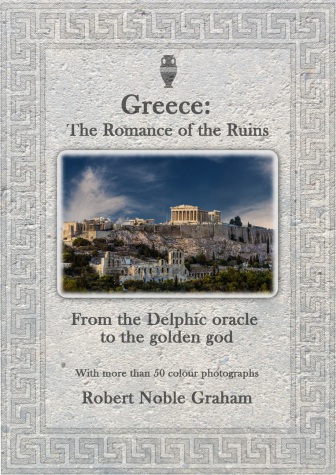 Greece is a land of great romantic ruins. Each has a history that draws you back to the dawn of time when suddenly this civilisation of great philosophers, tragedians, poets, mathematicians, scientists and healers burst into the Eastern Mediterranean and laid the foundations for so much of what is best in our modern world. There is romance in these ruins but equally it is in abundance in the many small seaside locations where you can set sail for the islands or sit in a simple restaurant by the sea eating the freshest fish with local white wine or a rich souvlaki with red. This is an account of  frequent visits I have made to the country since I first got to know it more than ten years ago. Every visit produces delight and sometimes total amazement as when visiting the unbelievable monasteries of Meteora. It has over 50 coloured photographs to capture its special attractions  for those who already love the country as well as those who still have the unique experience ahead of them." Standing alone by the roadside with the great height of Parnassus on my left, its slopes hosting the ancient ruins and on my right down to the Tholos and the gymnasium before the land sloped steeply away towards the Gulf I felt my trip and my braving the falling rain were fully justified. It was a scene of mighty grandeur in its timeless silence.  I could not say whether it was mainly the great beauty of the natural setting itself or the melancholy grandeur which ruins often have or the awareness that this was the site that in ancient times persuaded fiercely warring states to come together in reverence. No doubt all of them contributed to the sense of majesty I enjoyed. Despite the rain which was now easing a little I felt it was a rare privilege to stand alone and insignificant on the hillside as old as time, looking at the silent presence of one of humanity`s true inspirations.  I decided to forgive Apollo for having withheld his gift of sunshine from me this one time. It seems in my memory that no sooner had I thought this than I saw an immense rainbow form over the sanctuary of Athena Pronaia a little downhill to my right and on into the far distance down the valley, just like a smile from the great god"