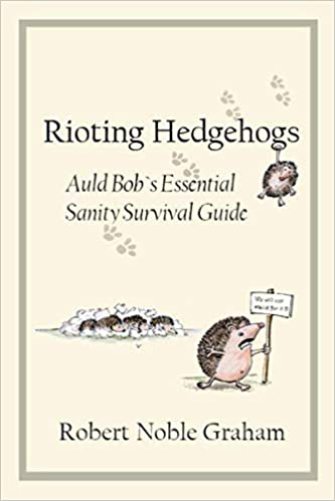 "I was disturbed this morning by an unfamiliar sound. I soon realised this was the noise of hedgehogs rioting in the classy little wooden house I had bought for them at the beginning of the year. I reflected on the oddity of this. My Observer`s book of wild animals which I won as a school prize when I was eight never mentioned rioting as normal hedgehog behaviour. Then I realised that the little house is halfway along my garden which is 100 yards long. Since I am, being fairly deaf, unable to hear a human being without breaching social distancing restrictions this seemed unlikely. I knew also that if this unique manifestation of hedgehog behaviour had occurred then there would already be a BBC camera crew there with David Attenborough breathing excitedly into a microphone about this extraordinary find. So, I considered the possible reasons. I felt the most likely explanation was a malfunction of the space-time continuum. That was the obvious answer. However, this didn`t seem to fit since the only thing I actually know about Einstein`s various theories of Relativity is that he doesn`t mention hedgehogs. I wondered if there had been a mistranslation since the German for a hedgehog is “eine Igel”, pronounced just like English “eagle”. I felt it not unlikely that swarms of raptors might trouble the space-time continuum but since I don`t  know what that continuum actually is or what disturbs it I decided not to pursue that line of reasoning. ."

So what should a man do when hedgehogs are rioting? It`s not a common problem. Possibly unique. The same fellow then has to deal with a shiny new lawnmower specifically designed to lack self-control. Google can`t answer everything and yet modern survival makes demands on a chap`s resourcefulness. However, Auld Bob has reached his impressive tally of years by being equal to such challenges. This is the same one who found ingenious ways of bringing his bicycle to a halt without slamming into a wall or cycling into a barbed wire hedge, both of which measures he had tried and found wanting. The Lockdown arrived to test one`s true survival skills severely. Glossy Netflix series about paddling up the Amazon offer us nothing in such trying times. Learn from the exploits of one who has moved beyond the “Haircut Age”.

Not the most serious book of advice currently on the market but all from solid experience over decades. This book contains no advice on food supplements, advanced yoga positions, marriage guidance or political correctness. It contains no dietary advice , Ayurvedic massage techniques or secrets of the Shaolinn monks. In fact it contains very little that you would find elsewhere and a lot that is entirely unique to this essential guide.

Available from Amazon or other online retailers as paperback or e-book. All designed to give you the serenity enjoyed by our little hero below. 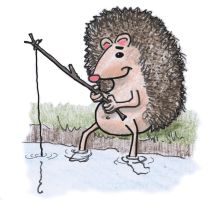