THE INVENTION OF ROJAS 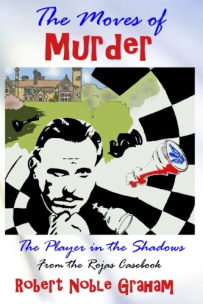 If you introduce another detective into crime literature you face a challenge or two. Sherlock Holmes casts an enormous shadow and even quite famous literary sleuths are in it. The bachelor drug addict with a giant intellect but little personal charm emerges again and again in the crime stories of the world with some variations. Hercule Poirot, for example, is similarly uncannily intelligent, similarly eccentric and similarly vain about his abilities. He doesn`t have a cocaine addiction like Holmes or play the violin but his devotion to neatness and order is fairly addictive. They share the characteristic that neither has any intimate relation with a male or female. Both have a close friend, Watson for Holmes and Hastings for Poirot. Both friendships seem very odd but I don`t think there is ever a hint of any interest in intimacy. The other common type is the police detective who drinks too much, has awkward  relations with colleagues and a broken marriage. Wallander, Harry Bosch and Rebus are all in this group. 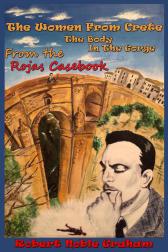 I didn`t so much create Chief Inspector Miguel Rojas as allow him to intrude into a novel I was writing. I`m sure other writers will recognise this experience. Once he appeared I wondered what to do with him since I felt he was not intending to leave. If I asked myself where he had come from I realised a lot of him came from an old friend I had in Spain with whom I have only recently got back in touch. He is something of a loner like Holmes and Poirot but I wanted to make his detection and ideas more credible and soundly based than some of the inexplicable leaps the others did. However, there were two reasons I really wanted to welcome him. One is that the format of a thriller gives scope for exploring human nature better than others. It is surprising that with the development of psychology, the great works of literature that draw on human nature and endless discussion of it we are still so baffled by   the human animal and why it behaves as it does. So, I wanted a detective whose style and natural insight meant I could explore different types of people. Rojas has seemed to do that rather well. x >> 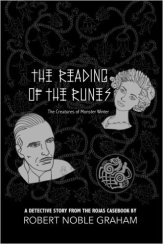 There was another attraction to creating the Rojas novels. They are all set in Spain with excursions into Portugal, Greece, France, Germany, the UK and Italy. Each one is set in a different part of Spain as the main location. This gave me the pleasure and the duty of getting to know different parts of the country by visiting them as well as reading about them. So, I hope the reader enjoys the pleasure of becoming familiar with many areas of that fascinating land. We are also citizens of Europe and increasingly both business and politics cross borders as does crime. So, Rojas travels.

Interestingly, as with my travel books, the main interest in terms of sales, is overwhelmingly in the USA. It does, of course, have a large Hispanic population so that is no doubt the reason.   Another Rojas book is almost ready and I hope the small but growing band of those who follow his cases will welcome it. Three of the earlier novels can of course be bought at a  substantial discount by purchasing “The Rojas Casebook” Vol 1. At some stage Volume 2 will also appear. All of these and others are available online from Amazon and other merchants either as e-book or paperback.