DEATH IN THE TUNNELS OF CADIZ 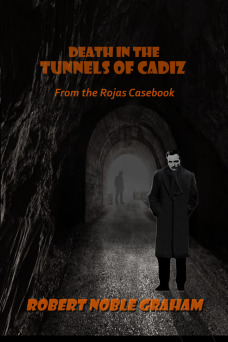 I visited Cadiz in southern Spain last year with a view to setting a murder story there. I`d had no idea about the 60 tunnels under it before I arrived. That set my inagination going.

Cadiz in Spain is the oldest city in Europe, founded more than 3,000 years ago. Down the centuries many skeletons have been found in the sixty tunnels that run under it.  However, the discovery of two recent victims, still warm, stuns the community. Sergeant Fernandez of the Andalusian police is mystified by the apparent use of a powerful animal sedative as the means. He is further troubled by pressure from his superiors to charge a Puerto Rican professor of dance who hopes to mount a performance of the ballet Love,the Magician  in the city. Fernandez is sure of his innocence and soon realises there is an agenda with a powerful German pharmaceutical company, Leipziger,  pulling influential strings. Most baffling of all is when he discovers that behind all this is a very ancient Egyptian artefact from an age even older than the city of Cadiz but still with immense power.

Only when the legendary Chief Inspector Miguel Rojas is called in does light begin to shine on secrets ancient and modern. The Egyptian artefact is worth more than 30,000 euros to someone. The extensive contacts built up by Rojas over the years lead him to the marble quarries of Carrara in Italy and on to businessmen in Macedonia for whom the artefact is worth more than gold. Yet why murder?

Throughout, the devious, scheming Beckman, former director of Leipziger,  appears both as victim and villain. Which is he? And throughout, the theme of Professor Galdos` ballet Love,the Magician , a power more ancient than even the god of Egypt , is ever present, even in the thoughts and heart of Rojas himself, the aloof, solitary, insomniac detective never known to have had  intimacy with anyone. Yet perhaps he too is human.  Ancient mystery and modern international crime have to be untangled and only Rojas has a chance of doing so. 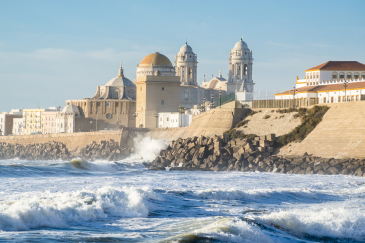 The city itself is ancient and beautiful with history from the dawn of time. Its narrow streets in daytime provide welcome shade from the sun which is at almost African levels at times. By night it is a city of shadows . It is almost entirely surrounded by the Atlantic with only a long thin neck of land joining it to the mainland of Spain. It is a unique setting for a murder story.